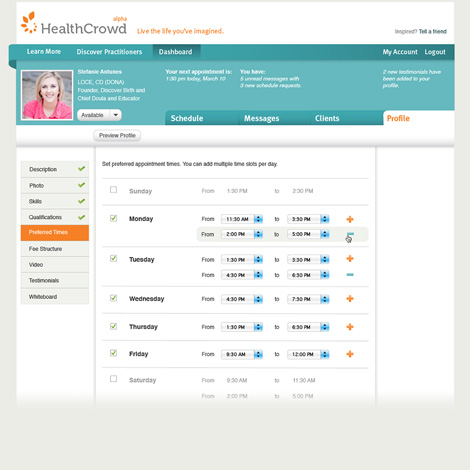 HealthCrowd, a provider of healthcare mobile messaging, announced today key findings obtained from an industry-first pilot program with Healthfirst. Healthfirst is a not-for-profit managed care organization sponsored by some of the most prestigious and nationally recognized hospitals and medical centers in New York. The pilot program’s process outcomes revealed that mobile messaging is a viable HEDIS outreach channel for Medicaid members. Leveraging HealthCrowd’s mobile messaging platform, Healthfirst was able to drive Medicaid members towards a desired action in a very short timeframe.

Findings The results of the industry-first pilot program revealed unexpected insights into the Medicaid population. These findings included that a substantial 86% of phone numbers supplied by Healthfirst’s member population were actually digital (cellular and voip-based), capable of sending and receiving text messages. The Medicaid population’s access to mobile communications is, in fact, very similar to the general U.S. population. The program also revealed insights into the cost-effectiveness of different outreach channels to Medicaid participants, providing beneficial information not just to Healthfirst but to other safety net organizations. During the two and a half month duration of the pilot program, the levels at which members were engaged is best expressed by the exceedingly high response rates and equally impressive low opt-out rates, further indicating members’ willingness, even eagerness, to communicate via mobile. Other key findings included:

All of this evidence supports the need for health plans to engage Medicaid beneficiaries through mobile means — mobile/digital messaging, mobile web, email, social and IVR. Leveraging tried and tested techniques from consumer engagement in advertising and retail to motivate behavior change in healthcare, HealthCrowd has a built a reputation as an innovative leader in enterprise mobile messaging for healthcare. For the first time, the Healthfirst and HealthCrowd collaboration used pertinent member data to intelligently personalize messages in real-time, made possible by HealthCrowd’s Dynamic Persuasion technology. The program was highly interactive in that it attempted to engage members in an action with each message, as opposed to generic, one-way messaging initiatives previously utilized by other health plans.