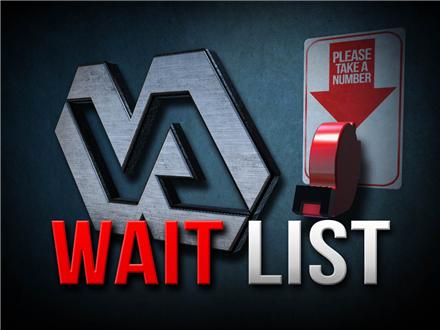 Without a doubt, the death of American veterans as a result of the VA waitlist debacle is tragic and unacceptable. The Obama administration must move quickly and deliberately to fix the underlying problems and restore faith in the agency.

If these issues were common throughout the VA network of hospitals and clinics, it might make sense to consider dramatic, earth-shaking alternatives like moving veterans to private providers and shuttering the VA. But they are not common. Indeed, as Washington Monthly reporter Phillip Longman has documented, the VA’s challenges are regional, not pervasive.

Still, black hole media coverage of the VA sucks in everything that lingers nearby, including the VistA EHR system. I’m not saying scrutiny is unwarranted. When veterans die prematurely and unnecessarily, the review of root causes should be exhaustive.  But VistA is simply not a root cause and the suggestion of replacement with a commercial system is cynical and opportunistic. No wonder, since most large hospitals and healthcare systems have made their initial health EHR commitments and the DoD and VA are the biggest fish left in the pond.

The challenge is access to VA care, not the quality of the care itself.  Both internal and external analyses point to two root causes: supply and demand, and a corrupted local bureaucracy.

First, the demand for care is much greater than the supply in regions where veterans, particularly baby boomers, have located. The waitlist problem is particularly acute in the south and southwest with Phoenix as the epicenter. Estimates suggest as many as 20 percent of roughly 2 million Iraq and Afghanistan veterans—perhaps 400,000 soldiers—may have Post-Traumatic Stress Disorder (PTSD).

Per both internal audits and external surveys, the culprit is not VistA or it’s scheduling package.  As reported by Modern Healthcare’s Joseph Conn, an extensive (3,772 interviews at VA facilities) internal VA audit published on June 3 showed that among all potential contributing factors, VistA was least to blame.

The lack of open provider slots scored highest with VA staffers as a specific barrier or challenge (with a mean score of 3.0), closely followed by limited clerical staffing (2.8) and the VA target that veterans have an appointment within 14 days of request (2.8) …

… respondents describe a numbers-driven system with unrealistic performance measures as having created a highly stressful work environment that limits the focus on serving the veteran.

Challenges using the scheduling module of the VA VistA electronic health-record system … ranked lowest among six choices given by the auditors.

A VA inspector general interim report came to a similar conclusion, finding the problem was not VistA. However, the inspector general did identify interoperability, or rather lack thereof, as a problem for over a decade.

VA staff prints out paper copies of basic patient enrollment information that then has to be reentered into a VistA module for scheduling appointments. That suggests systemic problems with interoperability.

For new veterans coming into the VA system, DoD health records must be printed out and typed back into VistA, which gives rise to a host of questions: Might that slow scheduling down? Why is there no interoperability? Why don’t DoD and VA use a common EHR to ensure continuity, efficiency and quality care for every veteran?

(And will an $11 billion proprietary vendor solution whose major weakness is lack of interoperability solve the problem? But I digress …)

According to a May 31 NY Times article, veterans themselves blame the bureaucracy and praise the quality of care they receive once they are through the doors. Indeed, their complaints—repeated canceled appointments, un-returned calls, lengthy waits for appointments and rapid turnover in physicians—all fall under the management heading.

In a typical and representative response one veteran said:

It’s frustrating and infuriating that there are so many dedicated doctors who work for the V.A. but it seems impossible to get to them … They’re serving too many people.

While the HIT industry and media love the smell of scandal, a recent HIStalk comment lays out both the conventional wisdom and the actual facts.

More signs that the VA’s VistA baby will be thrown out with the agency’s dirty bath water …  Evidence is ample that that the real problem was that VistA’s scheduling system was accurate and transparent, and due to the VA’s resource and management challenges, that created a reason for users to avoid using it. In other words, the system gets thrown out because it was doing exactly what it was supposed to do.

All true. Except VistA will not be thrown out.  We don’t have the luxury of spending billions of dollars and the better part of decade to replace a system that already provides the best care anywhere. The right answer for the EHR industrial complex is the wrong answer for veterans and taxpayers.

New VA leadership must revamp the local and/or regional bureaucracy to make it transparent and open. Congress must increase funding for VA health care services and increase the number of available physician slots. And VistA must endure as part of the solution, as it is not part of the problem.