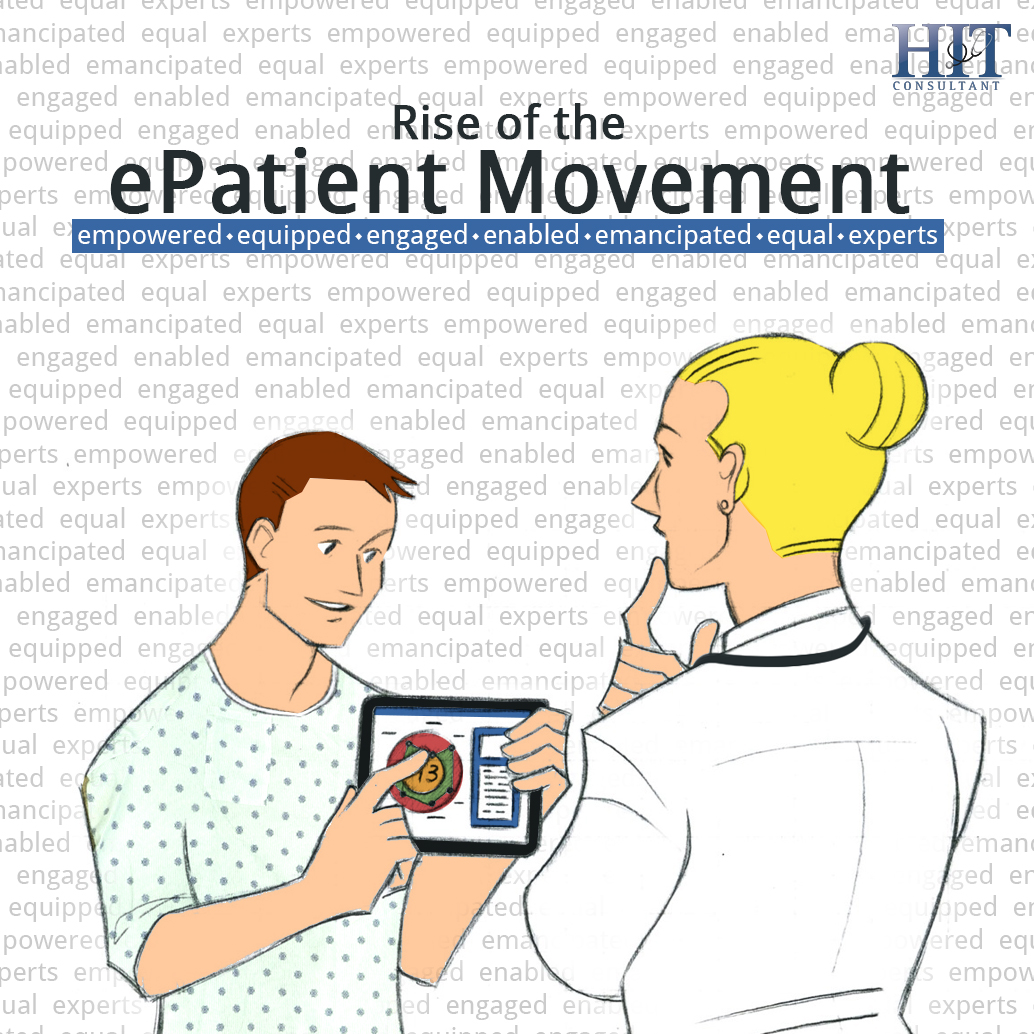 Explore the electronic evolution that is propelling the ePatient movement into the epicenter of healthcare: Regina Holliday, Dave Chase, and Stephen Beck share their insights for a collective perspective of how HIT has both evaded and empowered patients, changing healthcare delivery for good.

If the evolution of HIT was a good book, most would agree that we are in the middle of this compelling story of change. The pages beyond this chapter have yet to be written, but as we pause to fold the corner down on patient-engagement, and the emerging ePatient, some of us are left wondering: Why has it taken us this long to look at HIT from the patient perspective?

Before asking that question, perhaps it’s better to ask what is an ePatient? By definition, ePatients are health consumers who participate in their medical care via electronic communications search tools and technologies. They are educated, empowered and electronic when it comes to health matters, which is what the “e” in their namesake implies. They may be tech-savvy screen adorers, but there is much more to ePatients than the screens that sit in front of them. These ePatients seek to be active participants in their healthcare by partnering with their providers. As a result, the potential that these scrupulous breed of consumers hold for U.S healthcare is great—as they may be the solution to cure the system’s ills by taking care of their own health.

As we move to reform our healthcare system and seek proactive solutions to improve the health of our populations, patient participation and collaboration are now seen as the comprehensive glue that will, “hold it all together.” While ePatients may be destined to be the central characters, they have been an elusive part of healthcare’s HIT story thus far. Only recently has the ePatient emerged into the HIT equation.

To understand why the ePatients’ importance in HIT was first evaded and now evolving, we must first explore how and why this new breed of patients has emerged. It’s hard to say that there is one key driver behind the rise of the ePatient. However, if we take a quick glance back, we can begin to pull together the social, technological and political pieces that have given rise to their electronic empowerment.

The History of the ePatient

According to a Pew Research survey released in January 2014, 90 percent of adults in the U.S own a cell phone, 58 percent of those being smartphones. An additional survey (conducted in September 2012) revealed that 72 percent of internet users looked up health information on the Web. Access to more intuitive mobile devices, as well as health information via a variety of Internet sources, has surely played a part in the progression of the ePatient, beginning, with the release of the first iPhone in 2007.

Apple’s prolific App store launched the following year; Android soon followed with the release of its first smartphone, the HTC Dream in 2008. Mobile phone accounts were already multiplying at a rapid rate, and those accounts worldwide grew from $3 billion to approximately $ 5.5 billion from 2007 to 2010, according to Source International Telecommunication Union.

Social media websites like Facebook, LinkedIn and Twitter, all in early existence on the web (from 2003 to 2006), received a boost in visitors upon releasing their smartphone and tablet applications. Research compiled by Media Bistro revealed that social media is equally an influential driver of health-related material, with 40 percent of the consumers claiming that information found via social media affects the way they deal with their health, citing emotional support and instant gratification as two of the reasons to embrace social health communications.

While mobile and internet users were learning what health information was accessible at their fingertips, the U.S government was working on healthcare’s electronic empowerment. On February 17, 2009 the Health Information Technology for Economic and Clinical Health (HITECH) Act was signed into law by the federal government. This Act encouraged providers to adopt electronic health records (EHR) to receive financial incentives (starting from 2011 until 2015) by establishing Meaningful Use (MU) to enhance healthcare delivery (failure to establish MU by 2015 may result in penalties to providers).

In March 2010, The Affordable Care Act (ACA), also known as the Patient Protection and Affordable Care Act (PPACA) was signed into law by President Obama. Although some would argue that the HITECH Act stands on its own when it comes to encouraging the development of HIT, there are many provisions in the ACA that are heavily dependent on IT advancements. The Medicare Shared Savings program, which rewards doctors for operating as accountable care organizations (ACOs) to keep patients well and reduce costs, is a prime example.

The Evasive Human Element of HIT

The political drivers and new provisions of reform have suddenly made embracing technology an industry imperative for healthcare providers, and so the quest to become electronic with intention of bettering care delivery began. So, too did the struggles of patients trying to access those health records, like Regina Holliday a wife, mother, art teacher and soon to be patient activist. Holliday was trying to access the records of her ailing husband Fred Holliday II, who was diagnosed with metastatic kidney cancer in March 2009. 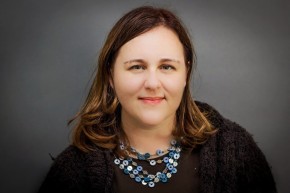 “We were unable to access Fred’s EHR for a myriad of reasons. The workflow design of the facilities had not made access a priority,” said Holliday. “The doctor in charge of Fred’s care seemed threatened and frustrated by questions. The technology that could allow that access was in place, but the system had not been designed to give us that access.”

Holliday wanted to view her husband’s medical records so that she could conduct her own research on her husband’s condition, which would have allowed them to make informed decisions about his treatment together. She was not only denied that access, but also told that there would be a cost and a lengthy waiting period before obtaining those records.

One can aptly assume the reasons for both the cost and delay had to do with the interoperability, privacy and security issues circulating around EHRs at the time, along with the lack of technological infrastructure between the various medical facilities that treated Holliday’s husband. As a result, Holliday would not have access to her husband’s records until May 2009. Fred Holliday II passed on June 17, 2009. For Holliday, her husband’s HIT story was one of “too little, and far too late.”

Holliday’s experience is not uncommon, however. Although EHR adoption nearly doubled between 2008 and 2011, according to the U.S Department of Health & Human Services, many providers faced the storm that came with navigating this uncharted territory. A recent Bipartisan Policy Center survey revealed that 70 percent of doctors who have adopted EHRs cite lack of interoperability as a dominant issue of frustration. And one of the major complaints of EHR adoption is that long-promised healthcare savings simply haven’t materialized.

Back in 2005, RAND Corp. researchers optimistically predicated that EHRs could save the U.S healthcare system at least $81 billion annually, a significant, yet obtainable goal. Fast forward to 2013, and those savings are not there. In fact, healthcare costs have grown by $800 billion. The lack of significant savings, interoperability and provider frustrations are abounding. These are the familiar stories emerging in HIT every day, but what about patients and their frustrations? What have they stood to lose during this process? Turns out, it’s a lot.

For Regina Holliday, the story of her husband’s illness and death got lost in the haze of this healthcare story—until she brought it back to the forefront. Holliday is a prime example of today’s ePatient. She knows of the possibilities out there thanks to the developments of coming HIT. But she also knows firsthand of healthcare’s failings in the process, and that our system needs to do better to make the patient a true priority when it comes to enhancing healthcare delivery.

As a result, Holliday has become a healthcare activist and teacher. Her strongest source of empowerment doesn’t derive from a tap on a keyboard or the swipe of a touch screen, but from the stroke of a paintbrush.

Holliday found her passion for advocacy and wanted to bring awareness to the problems in our health system through her art. “I have painted my entire life, but I rarely used it as a tool before Fred’s illness,” said Holliday.

“My hope was to use art, during Fred’s illness and after his death, to create national policy change. I thought art was the strongest tool in my arsenal to exact rapid change. Although art is therapeutic, that was the fringe benefit for me. The first story I told was the story of Fred and I. I told that story for two years. Then, I realized I must tell the many other stories that are out there.”

The patient stories that Holliday along with 25 other artists paint, depicted via passion and applied acrylic, have evolved from murals and canvas, and now, onto the backs of jackets. Holliday founded a movement known as The Walking Gallery of Healthcare, which she premiered at the Washington, DC Health Innovation Week in June, 2011. Subsequently, The Walking Gallery has become a living breathing movement as she and fellow health activists paint many different types of coats, including those belonging to medical professionals who are now taking part.

Each painting tells a story, be it the wearer of the jackets, or a larger story about patient or care giving, healthcare reform, or larger national and global health issues. Those donning the jackets, which are now popping up at health conferences all over the country, are bringing the story of the patient back into focus. For Holliday’s artwork is spreading a message that is becoming impossible to ignore.

Members of the Walking Gallery at HIMSS13

The conferences may be about technology, but Holliday is demonstrating the importance of marrying the technical experience with what can only be described as the irrecoverable and unequivocal feeling of being human.“It’s profoundly changing the worldview of those who participate,” said Holliday. “Many who join the gallery join as professionals who want to tell a story of their patient or caregiver selves. They become their patient self within the professional venue of a conference. It is powerful…and oh so very real.”

Movements like Holliday’s are finally giving a voice to the importance of the patient perspective when it comes to HIT. Ironically, the HIT movement started to better the patient care experience but has inundated provider’s with so many obstacles (from interoperability to security issues), patients experience was put on the back burner. But as technology evolves, and patients like Holliday shine a light on the issues, a shift placing primary importance on the patient is taking place.