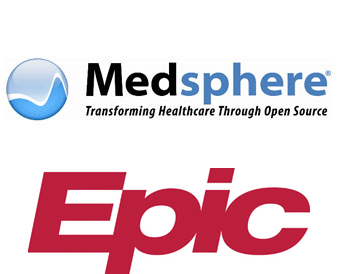 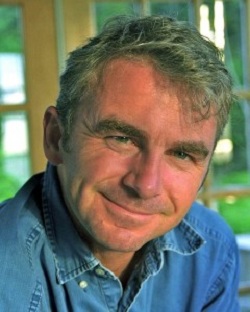 Over the last few weeks, access to VA health care for veterans has been all over the news.  At the same time, the DoD is moving to procure a replacement EHR system.  So it seems there is no time like the present to review a recent RAND case studies report entitled “Redirecting Innovation in U.S. Health Care: Options to Decrease Spending and Increase Value.”

The case studies include a chapter comparing America’s two most broadly deployed EHRs:  The VA’s VistA and Epic.  The tale RAND tells is not one of different EHR technologies, as both VistA and Epic both employ the MUMPS programming language and file-based database. Rather, it is about how different origins, business models and practices have dramatically influenced the respective systems.  As the report itself says, the contrast offers “useful insights into the development, diffusion, and potential future of EHRs.”

In the mid 90’s, VistA became the instrument of change at the VA.

The pace and scope of EHR adoption increased dramatically under the leadership of Dr. Kenneth W. Kizer, who served as the VA’s Undersecretary for Health from 1994 through 1999.  Dr. Kizer considered installation of a major system upgrade to be a core element in his effort to transform the organization …

From February 1997 to December 1999, the VA connected VistA across all agency facilities. “It was (and remains) the largest and most rapid deployment of an EHR ever done,” the RAND report says.  As a result, from 1996 to 2004 the VHA realized dramatic improvements.

Among other factors, the VA’s success has been attributed to the collaborative development of VistA, as well as its clinical adoptability and interoperable data sharing. RAND notes that VistA’s clinical acceptance has been consistently validated over numerous surveys:

Independent surveys suggest that physicians are broadly satisfied with VistA compared with other EHR systems. In a 2011 survey by the American Academy of Family Physicians (AAFP) and a similar 2012 poll by Medscape, VistA outscored the large majority of health IT solutions, particularly those offered by large vendors like Epic and McKesson. When the AAFP survey asked respondents to express their level of agreement with the statement, “This EHR enables me to practice higher quality medicine than I could with paper charts,” VistA received the top score. In both the AAFP and Medscape survey’s, VistA was one of the highest ranking systems overall.

As public domain software financed by the American taxpayer, VistA is affordable for any hospital or health system and it clearly demonstrates the promise of EHRs in meeting the goals of the HITECH act: adoption, acceptance, Meaningful Use and interoperability.

The RAND report looks critically at Epic’s dominance, which few can refute at this point in the history of EHRs.

Epic has established itself as the enterprise-wide solution of choice for large private health care systems and academic medical centers, irrespective of ongoing concerns about its limited interoperability and less-than-ideal usability.

There seems to be a natural history to all technology dominance.  There was a time when Microsoft, for example, was the most valuable company in the world.  I think Epic’s closed-platform approach has a similar trajectory and, similarly, over time I believe the company’s proprietary single-source model will erode its dominance. This is what happens when you put up walls between your end users and innovation / interoperability.

An independent evaluation of Epic’s impact in the Kaiser system found that implementation led to efficiency losses and a persistent two-minute increase in the length of time of an average patient encounter … Moreover, physicians complained of workflow interruptions, slower processes of care, and excessive time with the provider’s “back to the patient” because of the need to focus on computerized order entry.

One of the biggest concerns with Epic is its relative lack of interoperability. Although the company has a strict structure and retains tight control of its software and data, it does customized installations for each client … it limits Epic’s interoperability between sites and much of its capacity to communicate with out-of-network providers who use other EHRs. In some health care systems, two facilities running Epic in the same health care system cannot share data.

EpicCare (Care Everywhere) specifically breaks the standard CCD form, and makes it incompatible with the rest of the 400+ EMRs in the USA by adding their proprietary extensions. This is consistent with Epic’s proprietary, one-vendor-shop, non-interoperability stance. The statement that “any hospital can interoperate with Epic’s Care Everywhere—just so long as they are an Epic institution” aptly summarizes this.

Epic’s weaknesses are VistA’s strengths:  affordability, usability and interoperability.  The Affordable Care Act and its intended improvements in quality and cost depend on a network effect driven by these three characteristics; to date, the dominant business models have trumped the promise of innovation and interoperability, which RAND believes is both the key to making EHRs worth using and a threat to the status quo.

The shift (to greater interoperability and more openness) will be less welcome to large legacy vendors because it will blur the competitive edge they currently enjoy.  Health care systems may be less-than-enthusiastic adopters because functional HIEs will make it easier for patient (sic) to see nonaffiliated healthcare providers or switch to a competing health care system.

Moving forward, both systems will continue to have success, but only one can support the innovation and interoperability necessary to transform U.S. health care. As I understand it, this was the original intent of the ACA and HITECH, not ensuring a ready market for health care related businesses.