Leslie Saxon, chief of cardiovascular at the Keck School, USC talks how companies such as Facebook wants to have access to our medical data and why at the recent Wired Health summit. 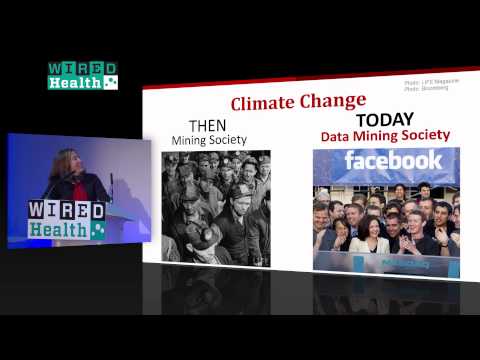 Leslie Saxon is the chief of cardiovascular medicine at the Keck School, USC. She is also the executive director of the Center for Body Computing (CBC) and in the years leading up to 2006 — four spent in college and then 20+ as a practicing physician — Saxon had interacted with over 37,000 patients. In 2006, she made the switch to digital health tracking, taking data wirelessly from patients’ pacemakers and other devices. In the eight years since then, Saxon has seen 308,000 digital patient interactions. A ten-fold increase in patient turnover might seem a lot, but its nothing compared to the plans she wants to see in digital health’s future.

WIRED Health is a one-day summit designed to introduce, explain and predict the coming trends facing the medical and personal healthcare industries. This ambitious inaugural event was held on Tuesday April 29, at the new home of the Royal College of General Practitioners, 30 Euston Square, London.