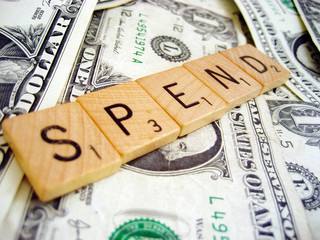 The total dollars spent on medications in the U.S. reached $329.2 billion in 2013, up 3.2 percent, according to according to a new report issued today by the IMS Institute for Healthcare Informatics. The study – Medicine Use and Shifting Costs of Healthcare: A Review of the Use of Medicines in the United States in 2013 – found that total spending on U.S. medicines increased 1.0 percent on a real per capita basis in 2013, while the use of healthcare services overall rose for the first time in three years. Analyses conducted for the report are based on IMS Health information resources and focus on prescription-bound products, including Insulins that are available without a prescription.

Patent expiries in 2013 contributed $19 billion to lower medicine spending, compared with $29 billion the previous year. At the same time, 36 New Molecular Entities launched in 2013, the largest number in a decade, focused on specific disease areas that include oncology, hepatitis C and HIV. Overall utilization of healthcare services grew slightly as consumers returned to the healthcare system – primarily through more office visits to specialist physicians as well as outpatient treatments – following several years of self-rationing.

In addition, patients with insurance paid higher out-of-pocket expenses in the form of deductibles and co-insurance last year, even as prescription co-payments declined and are now less than $5 for more than half of all prescriptions filled.

“Following several years of decline, 2013 was striking for the increased use by patients of all parts of the U.S. healthcare system – even in advance of full implementation of the Affordable Care Act,” said Murray Aitken, executive director of the IMS Institute for Healthcare Informatics. “Growth in medicine spending remains at historically low levels despite a significant uptick last year, and continues to contribute to the bending of the healthcare cost curve.”

The report’s key findings include the following:

The full version of the report, including a detailed description of the methodology, is available atwww.theimsinstitute.org. It can also be downloaded as an app via iTunes athttps://itunes.apple.com/app/ims-institute/id625347542.The study was produced independently as a public service, without industry or government funding.