Dr. Saif Abed provides the top 5 digital health buzzwords of 2013 that dominated the industry and why he hopes we should NOT see them in 2014.

2013. It’s nearly over and what a year it’s been! From rising investor expectations to new FDA guidance and regulations, we’ve had a bumpier year as far as digital health headlines go. However, those of you who have met me on both sides of the Atlantic know that I’m not a fan of jargon. It was my time as a doctor that taught me to speak to patients in a language that makes sense rather than a mishmash of technical terms so in this article I’m going to, somewhat controversially, list the terms that followed us around in 2013 and why I hope we DON’T see them in 2014: 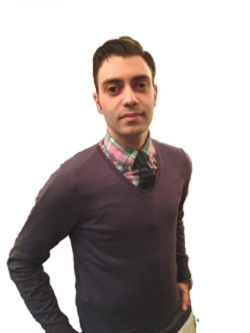 I can’t stand this phrase and I’ll tell you why – it makes no sense in healthcare. The whole concept of disruption in consulting speak was about new companies with new technology, finding novel applications, allowing them to achieve economies of scale and traction which let them accelerate past large, established competitors who ignored them.

That entire concept got lost in translation in healthcare where it’s been taken to mean anything from replacing doctors with robots to the complete overhaul of hospital systems and processes. Let’s be clear, and anyone who’s worked in healthcare knows this, if you turn up and tell a doctor or nurse that you have new technology that’s going to ‘disrupt’ their workflow, they’re going to respond with, ”My job’s hard enough, thanks!”

So, instead of disrupting, can we just focus on spending time in hospitals and with patients and understanding the existing processes and how we can use technology to make everyone’s lives easier instead…without the jargon?

I love innovation. I love innovators. I love the ability to be novel and effective. Here’s the thing though, innovating just for the sake of doing it isn’t always helpful. Everything doesn’t need to be completely overhauled. In healthcare, there are a lot of existing IT systems, which aren’t great, but can be improved and optimized first. We can leverage the increasing presence of smartphones to take some small steps towards more effective patient management through technology for example. You might think ‘Hey, that’s still innovating…’ and I wouldn’t disagree, but I think we need to move away from the use of the word innovation to mean radical, sweeping changes and to value its use in making small changes first. And anyway, how is technology an innovation if it hasn’t been adopted into a system? Surely, it’s still an invention until then?

Now I’m guilty of using this one. I have to admit early on I never really understood what it meant but then I realized that neither did a lot of other people unless they were data scientists. What bothered me the most of this particular buzzword is that it seems to now represent the ability to gather, analyze and spew out trends based on as much data as possible. That, quite frankly, is a useless exercise. What patients and clinicians need isn’t more and more data, but the RIGHT data, at the RIGHT time, in terminology that makes sense. Maybe 2014 needs to be about useful data instead?

This’ll be a quick one since it really links directly to Big Data. Do we need to quantify everything? I mean, patients need far more access and transparency in terms of accessing and interpreting their health records, but do we all need to be measuring everything we do? Especially when some of the things being quantified make very little sense to professionals, let alone patients! Everyone needs the correct, relevant data at the right time to stimulate proactive two-way conversations between professionals and their patients. Quantifying everything, I think, confuses the situation. Or do we expect everyone to have a fundamental grounding in statistical analysis?

Admittedly, more of a phrase than a buzzword, but there has been a lot of conferences this year with an overriding trend discussing promises and necessary next steps for the evolution of digital health. Everyone talks about the need for interoperability, use cases, security, patient engagement, government engagement, human factors management and the list goes on and on. Yet, I don’t see as much evidence of action based on all these talking points. We’re moving in the right direction and it’s great that market leaders are hammering home those points in 2013, but let’s see more ‘We are doing/We have done…’ in 2014.

I look forward to an even more exciting year for digital health in 2014!

« HHS Taps Karen DeSalvo As Next National Coordinator for HIT
The Velocity of Big: IMS Health Launches with Plans to Industrialize mHealth »