EMRs are not designed for patient care. Is there anyone working in health IT who can honestly say that he or she never heard this statement being made hundreds or thousands of times? Is there any clinician actually working with patients and EMRs who can state that such thought never crossed his or her mind? This includes health IT evangelists and physicians spearheading IT initiatives at the most excellent of centers of excellence.

People complained that EMRs are not designed for patient care seven years ago, when the first EMR certification body was created. They said the same thing four years ago when billions of dollars were made available for the purchase of EMRs. They kept insisting even as use of EMRs was becoming widespread two years ago, and the chorus remains unchanged today: EMRs are not designed for patient care.

Related: EMRs Were Designed for Billing & Not Optimized for Patient Care 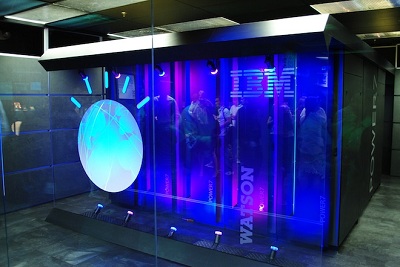 Seven years is an eternity in the world of computer technology. Seven years ago Motorola and Blackberry ruled the world and the iPhone was getting ready to be born. Seven years ago something called Twttr was released and Facebook launched a high-school version of itself. Seven years ago Ken Jennings was undisputed king of Jeopardy and IBM’s Watson was wrong 85% of the time. We’ve come a long way, baby, but EMRs are still not designed for patient care. Why is that?

The most common explanation is that EMRs were designed for billing and cannot be changed. But if a program designed to play Jeopardy can be expanded to practice medicine, surely seven years is more than enough to refocus EMRs on something other than billing. The second most common reason given for the inadequacy of EMRs is the inadequacy of those who build them; because we all know that all great programmers work at Apple, unless of course, they work at Twitter or IBM or somewhere in Verona, Wisconsin. More seriously, the third explanation for EMRs failure to help with patient care is the onslaught of government regulations for EMR design.

Related: IBM’s Dr. Watson Is NOT A Meaningful User

Many, including yours truly, are arguing that EMR vendors are so busy meeting regulatory mandates that there are no resources available to make customers happy. On second thought though, are we saying that giants like GE that owns half the planet, or McKesson with its astronomic CEO compensation, or that one place in Verona, are unable to spring a few bucks for half a dozen developers to make EMRs better for patient care? Are we saying that a market chockfull of very wealthy customers railing for a solution cannot attract even one manufacturer willing to solve the problem and collect billions of dollars in return?

Surely we are not saying that seven years is not enough time for writing an EMR that is designed for patient care. On September 12, 1962, President John F. Kennedy, in a speech at Rice University, officially launched the race to the moon. On July 20, 1969, Neil Armstrong and Buzz Aldrin walked on the moon. It took seven years.

To be clear, most EMRs can’t do all these things just yet, but they are being redesigned along these lines, because these new EMRs are foundational to what David Cutler, a Harvard Applied Economics Professor and one of the most influential health care policy makers, calls the “information technology revolution”. In a surprisingly candid article Prof. Cutler is describing the future health care system as designed by him and his distinguished colleagues, and as currently implemented by our government.

The title of his article is self-explanatory: “Why Medicine Will Be More Like Walmart”. It is very possible that as EMRs are being carefully repurposed, they will also be made more intuitive, more iPhone like, glossier, faster, more colorful, and generally more appealing, because it is imperative right now that physicians use them consistently, and preferably without much turmoil. Why? Let’s hear from Prof. Cutler:

“The introduction of information technology into the core operations of hospitals and doctors’ offices is likely to make health care much more like the retail sector or financial services. Health care will be provided by big institutions, in a more standardized fashion, with less overall cost, but less of a personal touch”.

And, if I may respectfully add, increased convenience and instant consumer gratification to be balanced by lower quality, lower wages, rampant fraud and mass exploitation of both workers and customers. A veritable paradise for well-adjusted proletariat.

Related: EMRs Should Not Be Held Responsible for Fixing The Healthcare System

Yes, physicians will be using EMRs in larger and larger numbers, but there is zero probability that today’s doctors will ever like using EMRs, because nobody goes to medical school (or any school) hoping one day to land a job at a Walmart lookalike. So the logical remedy for doctors’ dislike of emerging Walmart EMRs is very simple: get rid of doctors. Right now we are told that there is a looming shortage of physicians, so we must find ways to deliver medical services without doctors, and hence we must automate, computerize and delegate medical care. Very clever idea, because once we downgrade services and have people accept this new paradigm, we can make the circular argument that we need even fewer doctors.

Indeed Prof. Cutler goes on to prophesize the demise of small independent practice and small hospitals along with most conventional doctoring, which will be replaced by computer-aided self-diagnosis and crowd sourced clinical advice (something to do with Amazon, I think…). He still sees a need for a few doctors here and there, mainly “to direct patients to the right specialized resources, to reassure those in need, and to comfort the terminally ill”, which we are told “is a noble calling nonetheless”.

Noble calling indeed, but it should not require an MD or fifteen years of preparation, and hence it will not command much attention or compensation. The Walmart “doctors” in David Cutler’s future of health care will be happy to like their EMRs, or whatever else they are told to like.

Oh, by the way, no need for panic… I am fairly certain that they will have separate little venues serving Dom Perignon and Beluga caviar with Harvard Medical School educated physicians on the side.

« 17 Senators Identify 3 Key Problems with Stage 2 Meaningful Use Timeline
Its Not Even Close, Epic Systems Make Up 22% of Ambulatory EHR Market »