75% of healthcare organizations have not yet begun ICD-10 testing, but also expect testing to take between 11-16 months, according to recent survey by QualiTest. Conducted during June 2013, the survey included over 300 senior level IT, revenue management, and medical coding professionals that have described themselves as “directly involved with ICD-10 remediation efforts.”

The majority of respondents have either completed their ICD-10 assessment or are currently in the process of running it.  The findings indicated they were comfortable with their testing abilities to verify their technology stack and their internal coder readiness but indicated concern with the ability of testing to cover functional integration with key trade partners and revenue impact testing. 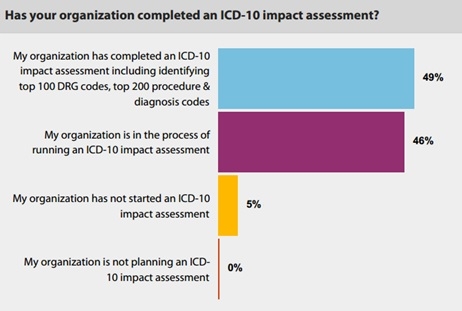