Does Meaningful Use have any unessential big bird feathers to remove and thus lower the costs of this program without hurting its main intent?

For the first time in this election campaign Mitt Romney came up with a useful “zinger”. During the first Presidential debate Romney suggested that we should examine our various expenditures and ascertain if the item we spend taxpayers money on is “important enough to borrow money from China”. Unsurprisingly, the first thing that came to Romney’s mind was a public service providing small children with education on racial diversity and basic literacy skills. And although, we are not directly borrowing money from China to pay for things, it wouldn’t hurt to go through our expenses, including the many small and apparently insignificant ones, and see if there’s anything we can do without. It actually may be less painful to make a thousand additive little cuts than to locate one large silver bullet that is certain to cause commensurately large pain. Of course, such exercise would be fraught with controversy, since what may look frivolous to one party, could look worthwhile to another. But if we approach this with an honest intent to generate some savings, would there be some Big Birds that we could all agree to do without for now?

A day after the Presidential debate the Republican Chairs of the Ways and Means and Energy and Commerce Committees published a letter addressed to the Secretary of Health and Human Services asking that Meaningful Use payments and penalties be suspended, and the program be reevaluated because it failed to reach its stated goals of having EHRs “talk to each other”. As political and misguided as this letter is, perhaps there is an opportunity here nevertheless to go looking for Birds. The Meaningful Use program is costing taxpayers around $35 billion, and it has been said that this is just a drop in the bottomless bucket of public health care expenditures, but Meaningful Use has other costs associated with it. Technology vendors subject to these new regulations are spending money to make their products compliant, or certifiable, which is increasing the price provider organizations pay for technology, which is then increasing the prices health care purchasers are charged. These new regulatory activities, consisting mainly of data collection, aggregation and reporting, are imposing additional operational costs on providers, which are then also passed down to purchasers, and since nobody is running a charity in health care these days, all these costs are trickling down to taxpayers in various ways.

The original idea behind Meaningful Use was that EHRs will eventually pay for themselves in the form of enterprise efficiency that will reduce costs and improve quality of care simultaneously. So far it looks like enterprise efficiency is translating mostly into higher revenues for providers and higher costs for health care purchasers, and as far as quality is concerned, the jury is still out. So should we ditch Meaningful Use because it does not pass the Romney litmus test for keeping Big Birds alive? Not necessarily. Meaningful Use is not a monolithic program than can, or should, be evaluated in one swoop. Some parts of Meaningful Use look reasonably fit for purpose while others look more like clusters of big yellow feathers randomly slammed onto the main regulatory body, and perhaps those should be removed.

Let’s start with the basic assumption that complete medical records, when made available to clinicians and patients at the point of care, can indeed improve the quality of care for individual patients, and when used for outreach and research, can improve population health and reduce costs. This same assumption, made by Dr. Henry Stanley Plummer in 1907, prompted the revolutionary transition from physician ledgers to today’s patient chart, so this should be a pretty reasonable assumption to make. If that’s the case, does Meaningful Use have any unessential feathers that we can safely remove and thus lower the costs of this program without hurting its main intent? 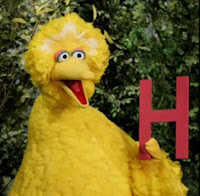 Both the architects of Meaningful Use and the authors of the letter asking for the program to be suspended, assume that figuring a path through the deep weeds of futuristic technology is a prerequisite to providing physicians with useful information at the point of care. So the regulators deemed it appropriate to require that 50% of discharge summaries, for example, should be produced in a specific format while 10% should be sent out using the latest standards and technologies. What about the remaining 90% of patients? And how do you decide who the lucky 10% should be? If we put aside the technology centric approach to solving problems, we could require that 100% of discharge summaries are sent out to primary care doctors, nursing homes, patients and other care givers, by any means and in any form or shape available. So maybe EHRs can’t really “talk to each other”, but they can make it possible for doctors and patients to “talk to each other” more efficiently. Would any hospital stand up and argue that generating and sending discharge summaries by secure email, electronic fax, plain fax, FedEx, carrier pigeon or whatever, is a hardship? I don’t think so, and if they did, they would probably pressure their technology vendors to automate the process.

Meaningful Use was supposed to have 3 stages: data collection, information exchange, quality improvement. Since Stage 4 is already in discussions, I would assume that Meaningful Use is envisioned to have transformed from a temporary tool to spur technology adoption to a perpetual mechanism for enforcing policy through technology. Either way, the starting point was presumptuous, ineffective and wasteful. Clinicians in all settings were already documenting what they thought was necessary to document in the patient chart. Before endeavoring to let information be exchanged, the Meaningful Use architects decided to enforce their vision of what should be documented and subsequently exchanged. Thus we now have smoking status on every piece of paper, along with race and ethnicity, and in Stages 3 & 4 we will have disability status, sexual orientation and gender identity in the header of every clinical summary, and armies of disenchanted doctors and nurses clicking away at boxes. What would happen, if instead of defining the fields required in “clinical summaries”, we would ask that 100% of referrals (and consults) be accompanied by at least the last visit note, a referral letter and the last test results, if any? Again, by any means available and in any format the referring (consulting) physician can produce.

Other than complex attempts at new venues for information exchange, Meaningful Use is chock full of a veritable smorgasbord of little features and functionalities, which may be nice to have if money was no object, and doctors’ time was unlimited, and others that are ridiculously self-evident, such as creating visit notes and recording family history (seriously?). Should we “borrow money from China” to ensure that every doctor stares at the insurance company formulary for a few seconds before he prescribes Amoxicillin? How many dollars should we take out of the ailing Medicare trust fund in order to pay hospitals and doctors for sending a “failed message” to an immunization registry?  How many kids should we kick out of Medicaid so that the militant app developers can dupe patients into “transmitting” their medical records to their marketing machines on the physician’s dime and infrastructure? It’s easy to come up with ever increasing complexity when there are no real constraints. It’s called scope creep and it’s been the death blow of many good projects, even for those who don’t need to “borrow money from China”.  How about picking two or three realistic things that will give us the biggest bang for the (limited) buck and just concentrate on doing those really well, so we can build from there?

This last cluster is impossible to completely remove. The Meaningful Use incentives structure is just plain unfair and exceedingly wasteful, although more than likely intended to be so as a means to a policy end. There are no published numbers from CMS or ONC indicating the number of incentives recipients that bought and implemented an EHR long before Meaningful Use was created. Most of those “early adopters” were big systems like Kaiser and financially comfortable medical groups. Even if we accept the assumption that Meaningful Use of an EHR can improve quality of care, why would we borrow money from China to pay businesses for investing in their own bottom lines of their own accord? Whenever I ask why it is that Kaiser’s premiums are not much lower than its less “effective” competition, I am reminded that Kaiser must recoup its billions in technology investments. By my back of the napkin calculations, they should have recouped that already, so why should taxpayers deplete their old age medical funds to throw a few hundred millions more in Kaiser’s way? If we really want to improve quality of care, shouldn’t we concentrate on bringing up the rear, and shower Critical Access Hospitals, Rural Health Clinics and small practices everywhere with technology funds? Every study out there shows that these small providers are struggling financially and technically. Meaningful Use incentives should have gone exclusively to these small and needy establishments, most of which are serving equally impoverished patients, instead of padding the pockets of large systems so they can more easily buy these small providers and create the currently preferred “too big to fail” model of health care delivery.

I’m sure you can think of more feathers and clusters, and Meaningful Use is just one health care program that lends itself to productive plucking. Shall we begin applying the Romney China Test to all other sacred Big Birds in health care and start adding up the billion dollar drops in the bucket? Or will that make us look dumber than we would like to look?

Margalit Gur-Arie is the founder of BizMed and blogs regularly about healthcare technology on her site: On Health Care Technology where this article first appeared.