David Lee Scher, MD outlines how the success of consumer health and medical apps rely solely on these five fundamental threads that will ultimately determine their success

Health, fitness, and medical apps are flooding the market at breakneck speed. There are now over 40,000 of them. There are many obvious differences between those directed to consumers and apps developed as tools of healthcare providers, targeted at disease-specific conditions and patients.  Business models, costs of development, regulatory requirements, and audiences differ significantly between the two. However, there are fundamental and important similarities between them which will ultimately determine their success. 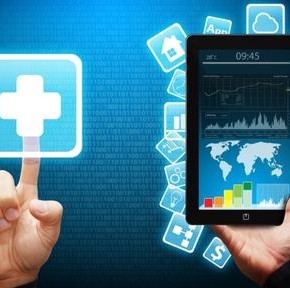 1.      All health and medical apps should be seen as components of a digital health ecosystem.

A single app or two will not address the needs of any consumer, patient, caregiver, or healthcare provider. Multiple apps addressing different aspects of one person’s or group’s needs might work in concert with each other.  For example, exercise apps might be grouped with nutrition apps. This is especially true with apps aimed at the biggest utilizers of health resources, those with chronic disease. Multiple diagnostic, therapeutic or educational apps will be prescribed by clinical decision support tools overseen by information officers. Apps will interact with electronic health records, patient portals, and various hardware devices.

2.      The adoption and success of both consumer and medical apps will depend upon demonstration of reliability and efficacy.

Apps are no different from any other consumer or health product.  The first question a potential user, purchaser, or prescriber (yes, apps will be prescribed to patients) is: “Does the app does what is says it does?”  The app must in essence, be safe and reliable.  Whether it is an exercise app which promotes weight loss or an app assisting a surgeon in evaluating a post-operative wound site, user expectations should be met.  While the potential health consequences of misrepresentation or malfunction of one are far more serious than the other (addressed with the former by the FDA and FTC), the expectations for success by both developers and users are the same.

Business models will be significantly different between consumer apps and medical apps.  Consumer app business models likely fall into one of three ways apps make money (advertising and sponsorships, paid products and services, or e-commerce).  Medical apps have more potential business models depending upon the type of purchaser and user audiences, healthcare stakeholder interaction, data sales to secondary markets, products and services, and technology interface.  What is clear is that a great technology without a well thought out business model will not succeed.

Apps represent an out of the box technologic solution to wellness, preventive medicine and healthcare delivery.  Though the goals of success are built around preexisting models of fitness, diagnosis, and treatment, the success of apps are most tied to persistent connection to a digital technology.  This might interject one more step in the process (or possibly not in the case of some remote monitoring for example).  It is well-recognized that the behavioral aspects of apps are important in maintaining interest.  The vast majority of apps are downloaded and rarely used thereafter.  Non-adherence to apps aimed at maintaining or improving health has potential for greater adverse consequences than that to recreational apps.  Ironically many health apps are aimed at increasing medication and treatment adherence.  Therefore behavioral mechanisms aimed at keeping the user engaged are paramount to the app’s success. This must be realized by developers before even thinking of measuring clinical efficacy.  Behavioral design of apps will need to vary depending upon the intended user’s cultural background, age, and physical and mental abilities.

5.      Maximizing the power of app-generated data is a critical.

Data which is derived from a wellness or medical app not only needs to be analyzed and filtered, but placed into a goal-oriented context to be communicated to the user. It might be a message to the consumer to change fitness level regimens or type of diet.  It might be a series of recommendations as part of a clinical decision support tool which is translated to a care plan by a chief knowledge officer.  It might be pooled data from many patients or consumers in a crowdsourced manner which brings a clear epidemiological picture of a poorly understood problem or the discovery of a new clinical phenomenon.  De-identified app generated data might have commercial value to third parties.

Consumer apps have driven the lucrative and rapid-growing health and medical app industry.  Reasons for this include scalable business models without concerns about FDA regulation, younger more ‘connected’ patients having more interest in wellness and fitness, and an easier analogous cultural shift from other preexisting apps.  Apps aimed at medical education, institutional operations, and patient monitoring followed.  The biggest impact yet to be felt will be a result of diagnostic and therapeutic apps and the knowledge gained by analysis of data derived from all of these apps.

David Lee Scher is a former cardiologist and a consultant at DLS Healthcare Consulting, LLC.  He blogs at his self-titled site, David Lee Scher, MD where this article first appeared