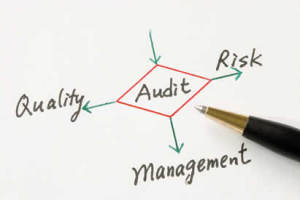 The latest CMS figures report nearly $600 million was recouped from healthcare providers in the first quarter of 2012 alone. Added to earlier overpayments, providers have “given back” over $1B since the Medicare Recovery Audit Contractor (RAC) program began.

The success of the RAC initiative is fueling other payers and agencies to increase their audit pressure in 2012. This year’s biggest challenges for healthcare providers come from MAC pre-payment reviews. In addition, two new governmental audits are coming on-line in 2012. One is the RAC prepayment review; the other is the Medicaid RAC. Here is an overview of each.

The prepayment review demonstration project is officially underway. After several pushbacks, CMS has moved forward and providers are starting to see the program’s impact.

The pre-payment review project is a three-year pilot involving 11states. During the first six months, it will focus on eight short-stay, inpatient DRG’s. These diagnoses are typically high volume and, per Medicare, have a questionable need for hospital admission.  Medicare is hoping to drive more inpatient activity to the outpatient setting.

The final rule for the Medicaid RAC program was published Sept. 16, 2011, and became effective Jan. 1. The rule answered several outstanding issues and referred the remaining issues to individual state agencies. Many of the resolved issues are similar to the Medicare RAC program, but some differences include:

These differences and new audit procedures and policies add a degree of difficulty to providers’ audit workflow.  Having software to track the many audits is essential to avoiding technical denials and negatively affecting cash flows. Excel spreadsheets, initially created to manage RAC reviews, are inadequate and out of date.

In addition to new auditing bodies, the number of records a Medicare RAC can request within any 45-day period has increased in 2012. These increases are based on hospital revenues. Most providers can expect to see a 20 to 25 percent bump in record request volumes.

Furthermore, auditing bodies are expected to expand reviews into physician practice settings.  As provider billings come together under accountable care, the review of physicians will become easier for automated discovery.

Lastly, expect CMS to announce the expansion of audits into Medicare parts C and D. The part D contract has been awarded, but the start date has not been established. Part C is still a work in progress.

In The Loss Column: Provider Reimbursement

The reimbursement that providers receive for record production and mailing has been reduced.  As of April 2, this reimbursement has been capped at $25 per record. It was a straight 12 cents per page until April 1, which for many inpatient records resulted in higher reimbursement than $25. CMS has calculated that $25 is the average per record reimbursement, first-class postage included.

Most providers adhere to best practice guidelines that call for confirmation of record delivery, which demands a carrier such as Federal Express®. This cost is not being covered by the $25 cap.

Ignore at Your Own Risk

All of this increased activity is causing providers to beef up the number of staff used in audit processing and the technology needed to manage an expanding administrative process.  Providers are establishing full-time audit teams and expending greater capital and operational costs to protect their revenue stream. All in a day’s work for healthcare providers, recovery audits is one area that cannot be ignored.

Lori Brocato, HealthPort Audit Product Manager, is a long standing expert on audit management, including the RACs. In 2010 and 2011, Lori served as a monthly contributor in Advance Magazine for Health Information Professional‘s e-newsletter and online audit advice column where she discussed case-specific audits experienced by HIM professionals. Lori is a frequent speaker on the impacts of RAC,Medicaid, Medicare and other audits that affect healthcare and has authored and contributed to articles that have appeared in industry publications and journals. Lori is the author of HealthPort’s Audit Insights blog where she discusses the latest news on healthcare audits and offers up education and insightful information on how to manage audit onslaught.

« Dr. Hon Pak, CEO of Diversinet, Discusses BYOD & Mobile Strategy
Report: How Can We Be Sure That mHealth Isn’t Just Technology-Driven Hype? »