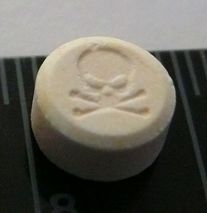 Allscripts Healthcare Solutions, Inc. announced on Monday adopted a shareholder rights plan, also commonly called a “poison pill” to protect itself from any potential hostile takeover approaches in the wake of firing the chairman and departure of three board members that sent its stock price tumbling 34% since April 26. The New York Hedge Fund that holds 4.9% of the company along with other large shareholders demanded the resignation of CEO Glen Tullman citing  weak forecast reporting a 54% decline in first quarter profits and issues with the execution of integrating Eclipsys Corp, the software vendor that it bought two years ago for $1.3 billion in stock.

Under the shareholder rights plan, stockholders will receive rights to purchase shares of a new series of preferred stock in certain circumstances. The rights will be exercisable if a person or group, without board approval, acquires 10% or more of Allscripts’ common stock. The plan exempts any person or group already owning 10% or more of Allscripts’ shares, but it may be exercisable if they acquire any additional shares. The plan will expire May 6, 2013.

In a Monday statement, newly named Chairman Dennis Chookaszian said the board believes that the current share price does not reflect the company’s long-term potential. Chookaszian said the anti-takeover measure was “a temporary measure that is consistent with the board’s fiduciary duties.”

« The WiFi Revolution in Healthcare IT
Report:Physician Employment – Keys to Success for Hospital Financial Leaders »