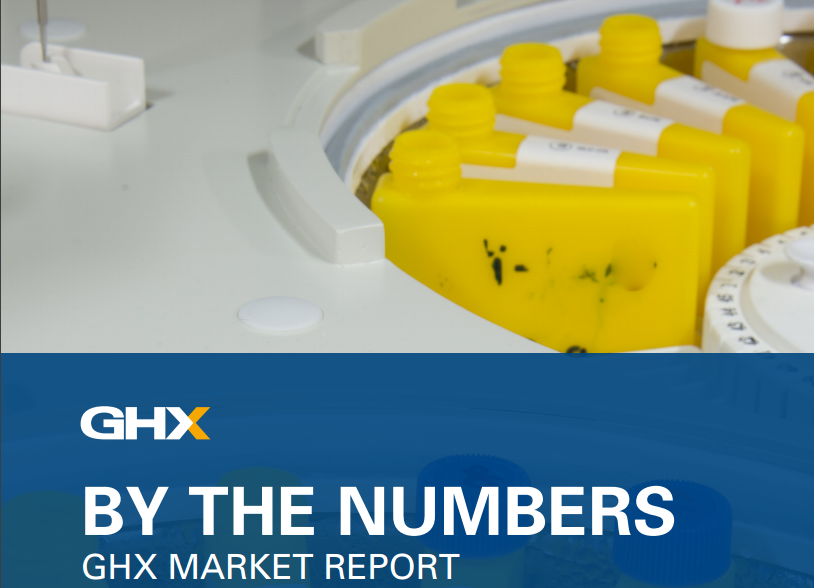 The GHX Market Intelligence quarterly market reports are based on data from the top 20 U.S. healthcare distributors, representing 75 percent of all distributed healthcare sales in the United States. This represents $40B+ invoice dollars and 100M invoice lines of distributed sales for medical surgical and clinical laboratory products and supplies annually.

Highlights from the reports include:

– Hospital continues to be the largest market at $6.0B or 66.1 percent of the total med-surg segment in the current quarter

– Point-of-Care Testing Reagents/Supplies was the largest major in this segment in Q4 at $916M or 47.8 percent of total clin-lab

– Hospital was the second largest contributor at $628.5M or 32.8 percent of the total clin-lab volume

– Physician segment was the largest dollar increase of $13M and representing 3.3 percent growth

GHX Market Intelligence methodology and processes have been in existence for nearly 20 years, being refined and optimized to be the most accurate and complete source for market size and market share reporting for Clinical-Laboratory and Medical-Surgical. Each month, GHX receives data from the top 20 U.S. Healthcare distributors. The distributed sales information then goes through a rigorous process where the data is standardized, normalized and classified, using GHX proprietary algorithms, nomenclature and credentialed professionals.

« Ingestible Sensor Market to Reach $678M by 2022
Why Do We Need A New Operating System for Effective Shared Care Plans? »