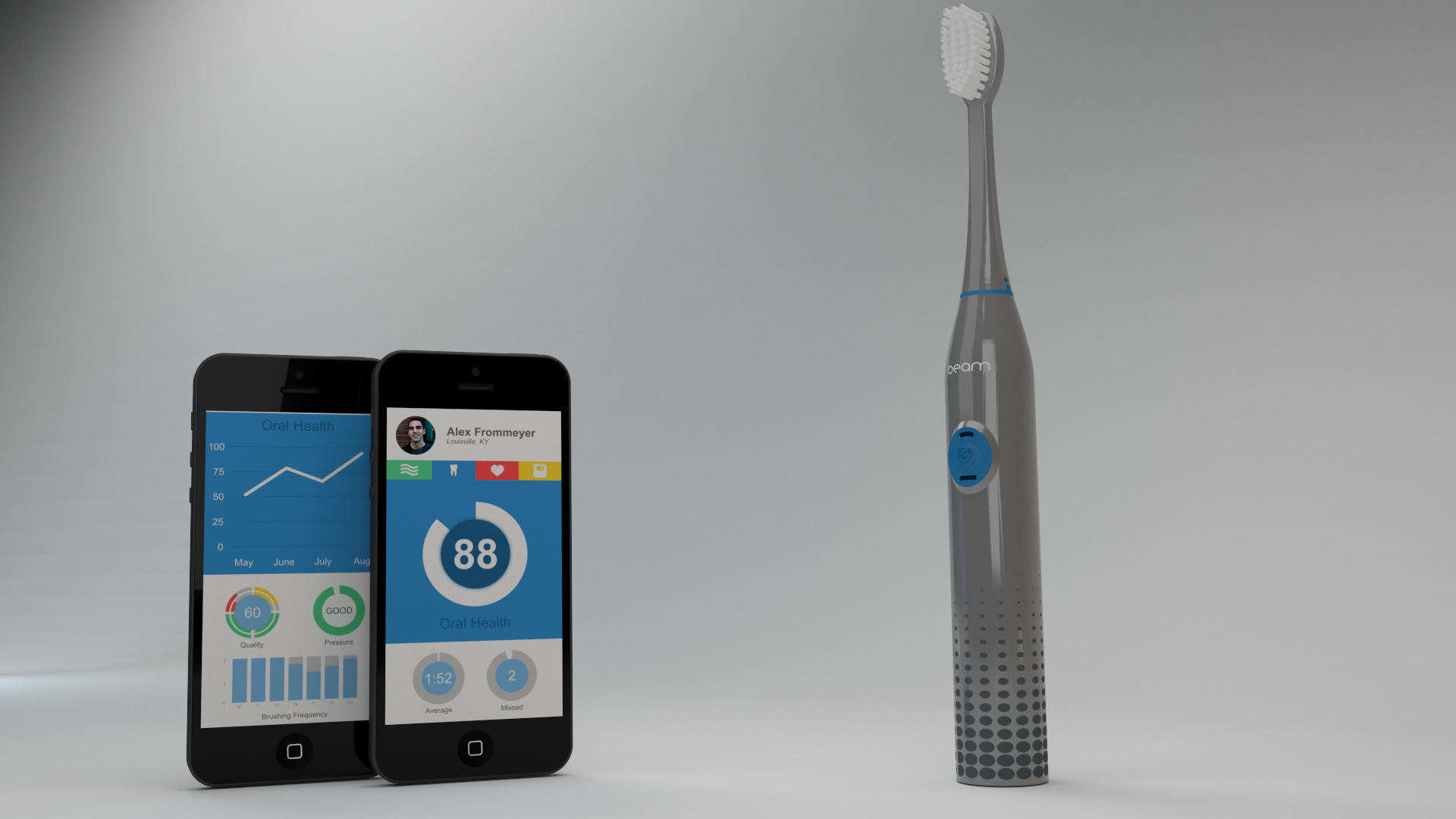 Beam Technologies — a Louisville, KY based data-driven oral digital health startup and creator of the first connected smart toothbrush — announced today that it has received $5 million in Series A financing from Drive Capital. The funding will be used to accelerate product development and expand the team including moving its headquarters to Columbus, Ohio. The company plans to still maintain their current office in Louisville, KY.

A member of Rock Health’s fourth class, Beam’s technology collects data about a user’s daily hygiene through its Bluetooth-enabled Beam Brush and displays it on a connected smartphone app. The sensor-outfitted brush measures how often and how long a person brushes, communicating with the mobile app to start a two-minute timer when brushing begins. During that timeframe users can listen to music or watch video clips from other apps while brushing.  Users also have the option to send their data to their dentist ahead of cleanings, and achieve brushing milestones that result in real-world rewards.

“We’re excited to partner with Beam Technologies and to support their growth,” said Ned Schwartz, partner at Drive Capital. “True to form for Midwest entrepreneurs, Alex and his team have created an innovative product that is disrupting a massive market and un-tapping previously inaccessible data to provide better oral care to consumers.”